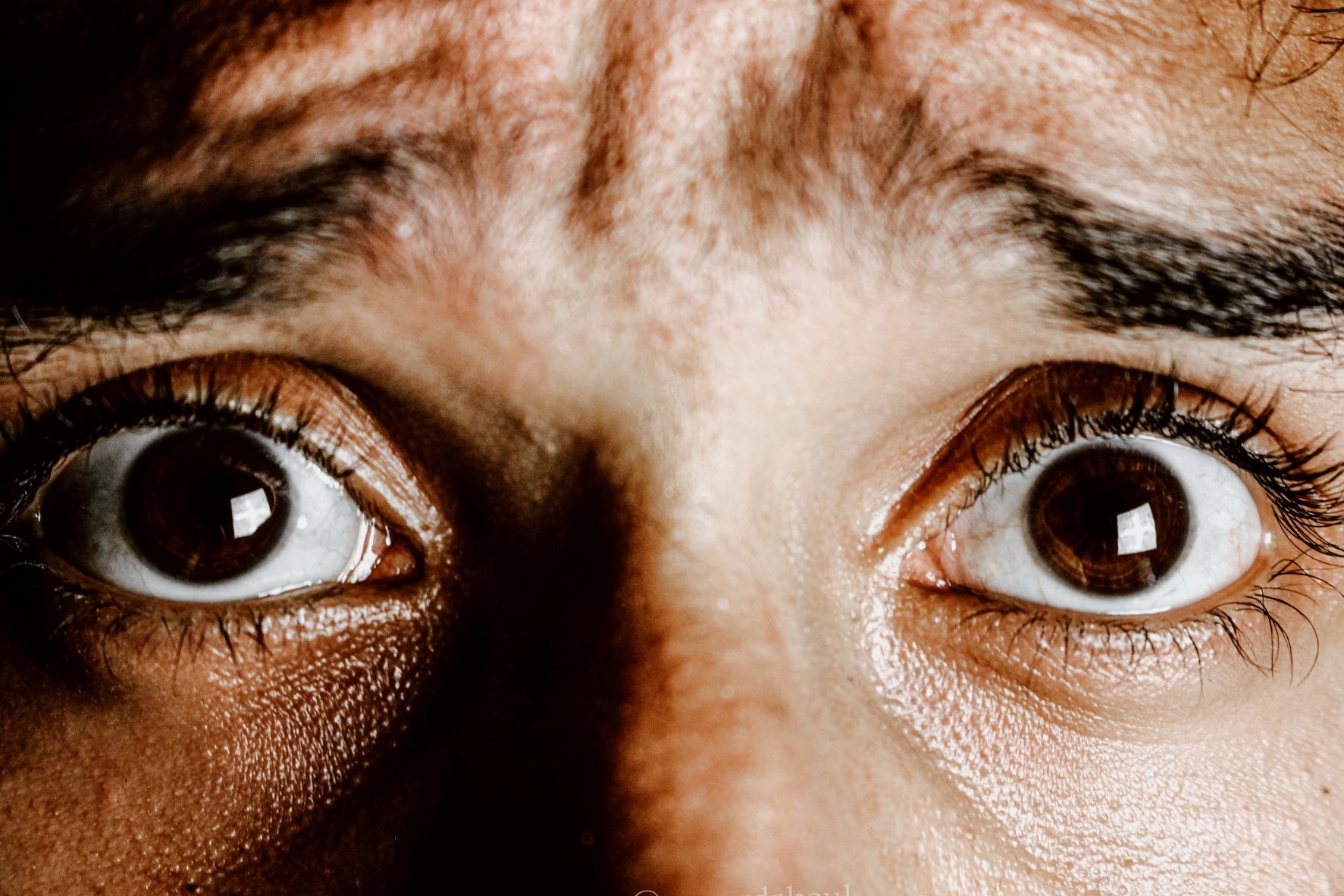 Unusual Phobias and How to overcome them

Fears. We’ve all got them! Whether it’s one of the common phobias, such as snakes (ophidiophobia), clowns (coulrophobia) and heights (acrophobia), or something a little more obscure like a phobia of spoons (koutaliaphobia), made well-known recently by One Direction’s Liam Payne and DJ Greg James’ dating stories.

Here at Airdri, we have just released our new extra quiet Kiddi Quad range of children’s hand-dryers – perfect for those with phonophobia (fear of loud noises) and manussiccusphobia (fear of hand-dryers). We’ve researched some of the UK’s unusual fears and phobias, teaming up with Advanced Rapid Transformational Therapist Kate Hoyle to provide some tips on how to overcome them.

Most people (especially parents) count down the hours to when they can snuggle up and nod off to a peaceful night’s sleep, but there are some people who suffer with a terrifying fear of going to bed. As proper rest is as vitally important for the body as food and water, this phobia can really begin to get in the way of everyday life.

The root cause could be based in somebody feeling they have no control over their surroundings while they sleep. Some fear that they may not wake up again, while others are scared that they won’t be able to get to sleep, which then in turn becomes a self-fulfilling prophecy. There is also evidence to suggest that somniphobia is linked to other sleep disorders such as sleep apnonea and night terrors.

Some people can’t stand when a sticker has half or fully peeled away and the reverse becomes dirty, others just can’t stand the stickiness.  Pittakionophobia is an extremely rare phobia but one that can get in the way of everyday life. For example, think of all the price labels in some supermarkets or stores and address labels in the office. For those with children, stickers can be hard to avoid.

Closely related to papyrophobia (fear of paper) and bibliophobia (fear of books), the fear of newspapers is a very real phenomenon. Mostly people find they can’t bear the feel of newspaper, especially the texture of print on a newspaper – many chloephobics want to wash their hands if they have even been near one. There are also people who are terrified of cutting themselves with paper.

Often food phobia (cibophobia) stems from a traumatic experience of a particular food as a child. It can be common in children too, and especially so in those on the autistic spectrum where texture can be an issue. With reference to cheese phobia, it is often the smell that can trigger responses such as a racing heart and breathlessness, but for some the sight of a block of cheese is enough.

Did you know that for some people, just looking at a person’s belly button can induce physical reactions such as panic attacks and nausea? Some omphalophobics can’t bear to have their own navel touched and the sight of another person’s would fill them with dread. Others are obsessed with keeping their belly button clean and fluff free.

This fear is probably less about the substance and more about the texture of peanut butter which induces a fear of choking. Again, it’s often an experience in childhood that leads to this becoming a problem in later life, either having seen somebody choke or have a reaction to peanut butter. The word is derived from Greek words “arachi” for “ground nut” and “butyr” for butter.

Remember the beginning of the film Titanic where robotic vehicles explore the submerged shipwreck. Or when the huge container ship got stuck in the Suez Canal. Both of these instances would strike fear into the hearts of submechanophics, triggering their extreme dislike of mechanical or man-made objects submerged in water.

Usually, this fear does not present as a fear of water (aquaphobia) it’s more about human frailty and a fear of the lack of control they would have if swimming in open water and a huge ship or underwater vehicle came close.

Reddit users recently highlighted this fear after sharing their adverse reactions to viewing the propeller observation of the RMS Queen Mary in dock.

Many people would have dreaded maths classes at school, but this fear, also known as numerophobia, could be a huge problem for people of high school age. The fear of numbers can be generalised, i.e., a fear of all numbers, which can be extremely life limiting. It can also manifest itself in a fear of one particular number, 13 being a good example, which even has its own name – Triskaidekaphobia. Often a fear of a particular number is down to superstition and cultural beliefs – the number four is very unlucky in some Asian cultures for example. Some people also have a fear of very large numbers.

The fear of death is perhaps more understandable to most people as most of us feel distressed with the idea of dying, but for some people this can turn into an uncontrollable terror that permeates every area of their life. Necrophobia can refer to a fear of everything associated with death and dying, from hospitals and doctors to coffins, graveyards, and of course, corpses. Sometimes, the fear becomes an obsession and necrophobics can become unhealthily preoccupied with these items. For others it can mean they are unable to leave the house for fear of dying.

Again, the cause of this fear is often a traumatic experience such as a death of a loved one, an animal or going to a funeral.

The final phobia is a fear of phobias themselves that often comes when a person has experienced an extreme phobia and all the life limitations that comes with it. The experience can make them fearful that it will happen again but with an alternative subject matter.

Airdri has teamed up with clinical hypnotherapist and Advanced Rapid Transformational Therapist Kate Hoyle to review some of the ways people can begin to deal with phobias.

“There are two main ways of overcoming phobias – exposure and dealing with the emotional root cause.

“Exposure is the traditional psychological approach and can be highly effective. It refers to when the patient is gradually exposed to the thing they are scared of. The downside is that it can be a lengthy process and a significant trigger can still induce a negative response. If a person has a relatively mild phobia, they could begin to expose themselves to the subject of their fears by speaking about it or looking at pictures of it, then progressing to being nearer to it, but at each stage making sure they feel totally calm before moving on to the next.

“Sometimes the phobia isn’t due to an incident involving whatever the person is scared of – that’s just the trigger.

“For example, one lady contacted me saying she knew where her fear of dogs came from and relayed an incident where she and her siblings had nearly been attacked by a ferocious dog. Interestingly, none of her siblings had gone on to develop the same phobia. The root cause of the phobia turned out not to be that incident, but a feeling of never being protected (a basic need for a child). The incident with the dog had terrified her and that’s what she remembered but it had also induced an emotional response of no-one protecting her which took her back to all the times she felt abandoned and unprotected as an infant.

“Sometimes it’s even more complex than that.” Kate continued.

“A lady in her seventies contacted me pleading with me to see her the same day because she had such a severe phobia of mice, seeing one in her house had caused her to flee to her son’s one-bedroom flat and she couldn’t face returning. We regressed to several scenes, all with negative connotations around rodents but the real cause turned out to be a fear of being on her own. Her husband had died recently, and her children had left home. Seeing the mouse had made her feel vulnerable and alone because she was scared. After the session she was able to return home the same day.

“It’s the same process, regardless of the phobia. I have dealt with people with a phobia of bananas and even hair conditioner.

“The beauty of Rapid Transformational Therapy (RTT) is that our subconscious holds all the answers. Using regression, we can go back to the exact time, place and event that created the phobia. It’s never just one event. It starts with one event which sows the seeds, then there’s an imprint or another event that compounds the belief and then we start to internalise the belief.”

Kate ended: ““In order to overcome this, we need to reframe that belief – review those events from the adult perspective and realise they are no longer relevant or serving the individual. The other beauty of RTT is that it puts the individual into a state whereby they are open to good suggestion. Therefore, they realise the phobia no longer serves a purpose and they can let it go.”